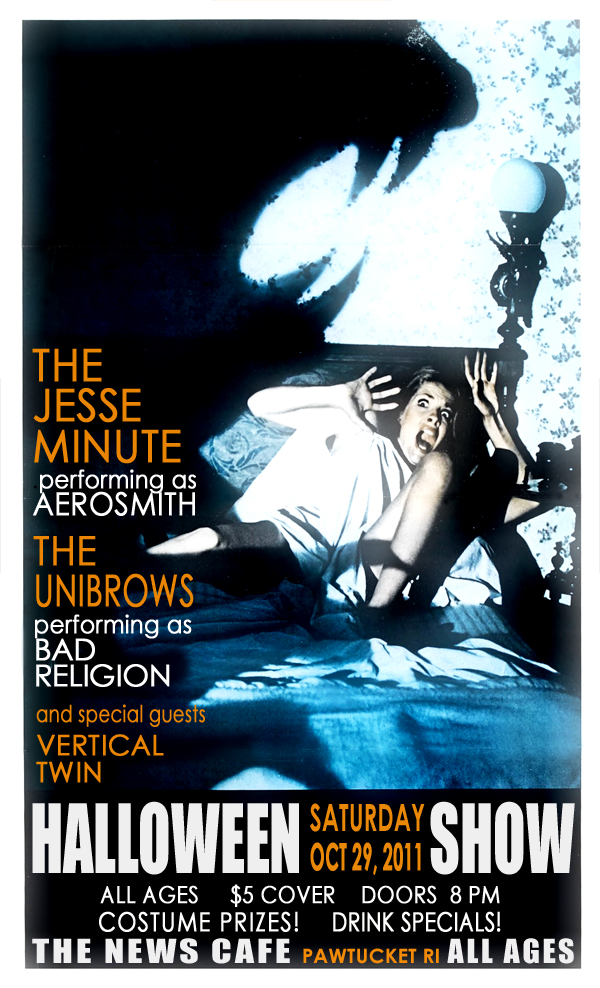 Hey All!! We’ve got TWO shows this Halloween!

at The Barn
North Kingstown RI

The Jesse Minute – Performing as Aerosmith

The Unibrows – Performing as Bad Religion

at The News Cafe in Pawtucket RI

And we just happened to catch something HILARIOUS on our recording gear at a recent practice…. Vic singing some sweet Aerosmith (hahahahahahaha).  Check out the Video for the audio and some clips of Vic from over the last year…